In reality, a decade is simply a period of ten years that could fall between any two points in time you choose. But as it stands, we’re closing the book on a particular period of human history to be forever known as “the 2010’s”. Maybe it’s too early for us to agree what this decade will be especially remembered for (if you ask me, I’d say the increasing influence of internet culture on a political and societal level), but rather than focusing on this, I’m instead going to reflect on a personal level…

See, I clearly remember the beginning of 2010, where I was at, my mindset and what I hoped for the future. I worked permanent part-time in retail liquor, having returned home to the Central Coast at the end of 2008 after 4 years away, doing my bachelors’ degree at QCA in Brisbane. But after about 3 or 4 months back, I felt restless. When you’ve been away for a period of time like that, people inevitably move on and things aren’t as they were.

Truth is, you can’t go home a second time…

Meanwhile, I had plenty of colleagues and friends in Brisbane who I still kept in regular contact with, so I began applying for full-time positions up there in retail liquor. With 3+ years’ experience, it was work I knew well, something that’d take care of financial matters while I continued working towards my desired career in film and TV. Then I landed an interview and, using the opportunity to catch up with some friends, I flew up to Brisbane to meet with a company rep at the Royal Exchange Hotel over in Toowong. The interview went well- so well that later that evening while catching up with a friend and his girlfriend (now wife) for dinner and drinks in town, I got a call offering me the full-time position, starting in a fortnight.

So one sunny morning in March of 2010, my Ford Telstar fully loaded, I merged onto the M1, popped the Empire Of The Sun CD into the car stereo and the opening track began to play, called ‘Standing On The Shore’. Nearly 10 years on, I still remember this moment so clearly with the freeway, the horizon and a new era all out there somewhere in front of me…

“The future’s in my hands, hold it in my palms”…

So I arrived in ‘Vegas. Found a place on the south side. Started work at my new store. Reconnected with old acquaintances and met new ones. In my downtime I didn’t want for social invitations, I was out so often that my two housemates (18 and 19 y/o girls at uni) commented that “We must seem like losers with no life!”

On the surface level if you saw me, you’d have thought I was happy and thought Oh to be young again! But that wasn’t the case. I go into more detail about the slow descent I found myself on- and how I managed to pull myself out- here: The Night It All Lit Up To Me…

TLDR; on NYE at the age of 25 I made a decision that whatever it took, I was going to turn my life around from the rut I found myself in, because I’d had enough.

2011 arrived and while things didn’t change overnight, the 12 months that followed  ended up being a period of my life I remember fondly. I resigned from my job (one Christmas season in retail was enough for me!), found another job as a driver/ storeman working with a bunch of guys who were good fun, and the hours were stable. I moved from the southern suburbs to a great place in the inner-city with an old friend. With a new friend, we organised a trip to the UK to watch Liverpool play, a bucket-list item I’d had for some time. I was out on the town with mates most weekends, getting amongst it and just enjoying the fact that- for the first time in a long time- I felt genuinely positive about myself and about my future. Even now, I hear songs from back then and I fondly recall those days. It was also around this time when more than one person suggested I should get into copywriting as a side-gig, and (with no idea what that entailed) I looked into what working as a copywriter involved- and I was sold.

The rest is history…

While 2012 turned out to be the step-up I’d hoped for, not everything went as expected, as so often happens. But there came valuable lessons I needed in order to adapt to my pending life as a business-owner. Arguably the biggest turnaround came when I took the time out to listen to the 10-part Tony Robbins series Time Of Your Life, and (despite my initial skepticism) it completely changed a number of things:

Looking back now, it was absolutely necessary that I made these changes to my habits, because they were the catalyst for what came next: Why A Powerful Planner Is Your Roadmap To Reward:

TLDR; Listening to Time Of Your Life and following up on the exercises revolutionised how I managed time, organised my goals and measured my ongoing success in achieving those goals. Whatever you think of Tony, if you want to become more efficient at managing your time, setting goals and achieving your goals, I can’t recommend this series highly enough. 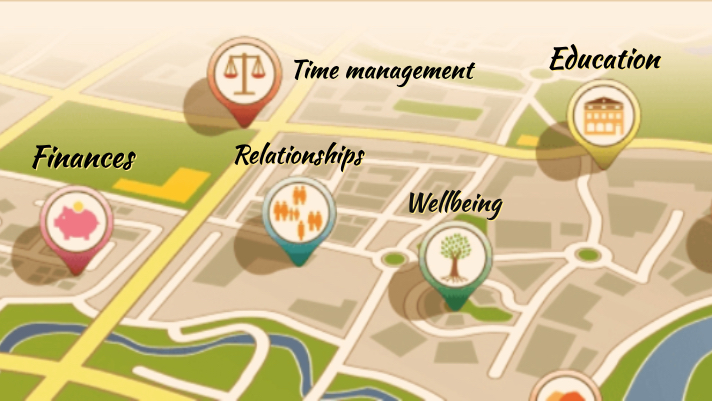 The year finished with me completing the NEIS (New Enterprise Incentive Scheme) course (Link Here), getting Scribe registered as a business and printing my first run of business cards. I remember how impressed the NEIS course curator was that I already had cards to share before we’d even finished the course! I had people keen to talk/ work with me in the new year and by the time I’d signed off, I’d completed my first paying client job.

I couldn’t wait for what was just around the corner!

2013 was my first full year in this new life as a business owner. Year dot. What can I say? I discovered a lot! The next 18 months were really about growth, networking and learning, as you’d expect. I realised that carrying out my trade- the actual writing of copy- was only a small part of the job. It also dawned on me that beyond just writing copy or managing a business, doing this was teaching me stuff about life that I’d never comprehended before. Or maybe it was just part of getting older, with my 20’s nearing an end?

It wasn’t just my perspective on a lot of things that changed, but my life circumstances as well. Many of the reasons I’d returned to Brisbane in 2010 were no longer relevant for me. In some ways, my life and my future outlook had been completely different back then. Looking to the future, was this the best place for me to be? Considering the nature of what I did, I could work/ live virtually anywhere. I had no strings tying me in this place anymore.

So if I could go anywhere- where should I go?

Through the second half of 2014, this question increasingly weighed on my mind. By the Christmas break, I knew that one of my big aims for the coming year was to figure out the best place for me to be at this point in my life- and go wherever that was.

In the meantime I did the best I could, waiting for the answer to become apparent…

Find out what happens next- Part 2 coming soon!