How To Write Unique, Memorable Blog Articles That Stand Out

It wasn’t something I read on a mainstream media website, saw on the news or read in a newspaper that sowed these seeds of doubt…

I was back in my first year of uni, not yet 20 years old. And in the brand new edition of our university’s quarterly magazine, I read an article about the recent University Games, held up in Cairns…

I’d gone to the games, playing in my campus Rugby League 7’s team. We’d stayed in a nice holiday apartment complex, just across the road from Cairns Central Shopping Centre and walking distance from the footy grounds, the centre of town and (most importantly) a well-known establishment by the name of Gilligan’s. And even though it was the middle of winter, we were in tropical North Queensland. So every day we’d get around in summer gear. In the early hours one morning, traipsing back from another big night at Gilligan’s (the designated party venue for students throughout games week), it was raining. But even at 3am and walking home in a singlet, shorts and thongs, the humidity had made the short trek perfectly bearable…

Yet here in the student magazine was an editorial from some girl, complaining about the accomodation her team had been put up in. She was going on about how sub-standard it was, adding that “most of the time it was cold and raining”.

You liar! I thought.

It’d rained (on and off) for one and a half days out of the 7 we were there. And even if it was the middle of winter, it was never cold. Yet here this girl was, making shit up to try and make the living conditions of her and her team-mates sound even worse.

It was kind of surreal, imagining all the people on my campus (Griffith, Gold Coast if you must know) reading this article, people who didn’t go to the uni games, and thinking that we’d all suffered through a cold and rainy week in Cairns when it just wasn’t so.

This led me to wonder: how much of what was presented as ‘fact’ each day in the media, actually so? How much of it was made up of half-truths or (to precede Donald Trump by a decade) “Fake News”

Maybe it wasn’t just the Murdoch Media empire or “those bloody lefties at the ABC and Fairfax” who put their own spin on the truth- maybe they all did it, to some degree? But one thing for sure- my trust in the media would never be the same again…

Now where was I? Oh yes- explaining how this ties in with the art of writing posts that make YOU memorable as a writer!

You remember ‘Mary Poppins’? A delightful kids’ movie, and even though I normally hated musicals growing up, I actually found this 1966 Walt Disney classic to be quite charming. You wouldn’t call it scary, would you? But what if people did some editing tricks and made you believe it was a horror masterpiece? Could people even do that? You be the judge:

The same footage. The same dialogue. The same music all found in the original. But what a different impression you get of the entire movie, just from how this material is presented in a 1 minute clip!

You have the power to take what could otherwise be static information, easily found on Google, and give it your own slant. Include your unique stories and experiences and your own ‘voice’ and bingo! People remember you.

Living in Australia, like many I grew up listening to the music of Paul Kelly. It wasn’t until I grew older that I realised he wasn’t just someone my parents listened to, but he was in fact a household name across Australia- to audiences blue and white collar, urban and country dwelling, European and Indigenous. Why was this?

Because even though so many of his songs cover the same material as other artists from around the world, he has this way of writing lyrics- there’s a candidness, a vulnerability that comes forth in his music and the ability to narrate a scene or tell a whole story in song- and it draws you in.

In similar fashion, even if you’d never heard of the book before and didn’t know who’d written it, you could pick up a written piece and soon recognise Tim Winton’s fingerprints all over it.

The lack of quotation marks.

The setting of a fictional coastal town in Western Australia.

The use of language and the terminologies (Hey sport/ orright/ Christ!)

The vivid, descriptive prose to portray scenes or seasons or sensations, that make you feel like you’re right there as it’s happening.

It’s a voice that is uniquely Tim’s. And while (like everybody) he has his critics, likewise there are people everywhere who love to read his works. 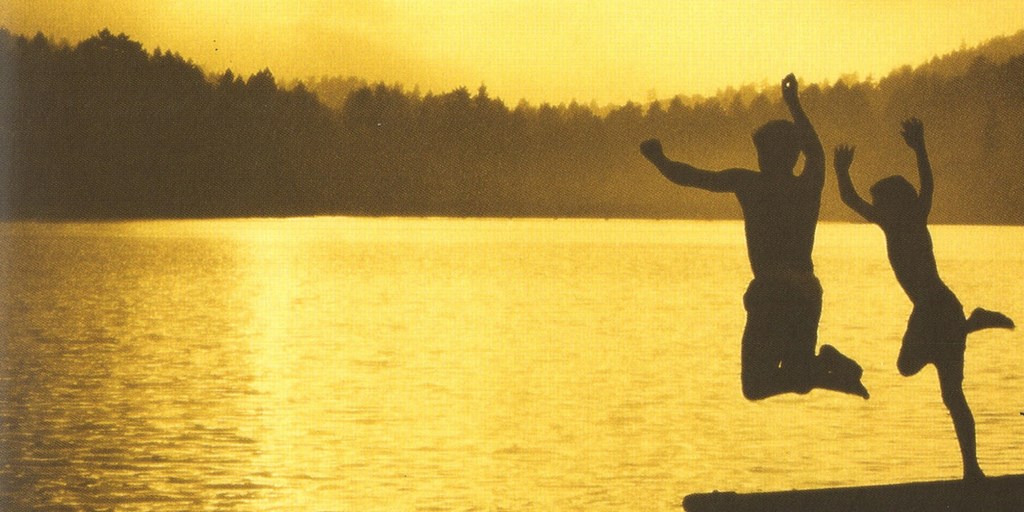 If you want to make your pieces memorable, let them feel the weight of who you are, let them hear your voice. And make them feel something. In a world where so much business is carried out online, we’re still looking for anything that helps us to feel like we’ve made a connection with another human being.

Let me give you a further two examples of what I’m talking about here, because nailing this is so important to making your articles worth the time they take to write:

Firstly, I was listening to the following YouTube video, (Frank Ocean Sings ‘Nikes’ Without Autotune) when I came across this comment in the comments section:

Summer 16….i was one year out of high school. I had just broken up with my girl and went to chicago to stay with my dad side of the family. There i met this girl who was so beautiful she made me nervous. The way she looked at me gave me warm chills like icey hot. I could never notice my surroundings when i was with her. This song played in the back ground when we first kissed. Butterflies filled my chest as if she was my first. She made my summer one to remember that year…nikes and ivey were our theme songs. Once i went back home we kept in touch but we faded away because only so much can keep a woman warm…it’s 2019 and she’s now pregnant and engaged….yet here i am listening to this song…single and wishing the summer of 2016 never ended.

Judging from the 4k + likes this comment received at last check, I’m not the only one who loved it. But why?

Because as you read it, can’t you picture the scene he sets out? Even if you’ve never had this exact experience, don’t you feel as if you can relate?

This is what makes your writing memorable- when you make people feel something. What you write or what you actually say has less of an impact than how they feel. For my second example-

Last year I went along to an event hosted by a colleague of mine, Tara Mollel. During one exercise, she talked about the value of compliments and wanted a volunteer. I figured what was the worst that could happen, so I raised my hand. I should note that by this stage, we’d been there a couple of hours, done a few exercises and I’d played a reasonably active part in the group discussions- so it wasn’t as if Tara knew nothing about me before she spoke.

What she then said to me, after volunteering…I remember the first part, where she thanked me for giving my time to come along to the event. But what she said next, I don’t remember. I just remember that I got that same feeling you get in a movie, when the protagonist delivers an inspirational, profound speech and stirring music soars and leaves you with this fresh, uplifted sensation. Needless to say, by the time Tara finished addressing me in front of the room, I was glowing.

So think about this when you write- because yes the technical details matter. But if you can go beyond just sharing helpful information with your readers- if you can find your unique voice, take people into what it’s like to be you and see things as you do- and make them feel something?

You will truly be memorable. I wish you all the best as you go ahead and write…

And if you want to find out how we can achieve this with your content? Contact me