Storytime: Was I Born To Do It?

Back in 2002, British R&B singer Craig David released a studio album titled ‘Born To Do It’. I wasn’t a Craig David fan (his music seemed more aimed at a female audience, who swooned over his butter smooth tones), although I’ve got to admit the song ‘7 Days’ was definitely catchy- and the video clip is surprisingly funny. This is a guy who walked into a London Burger King and announced everybody’s order was on him, so I guess he’s alright.

But what I found ambiguous was the title of his album: Born To Do It.

Do it with girls? 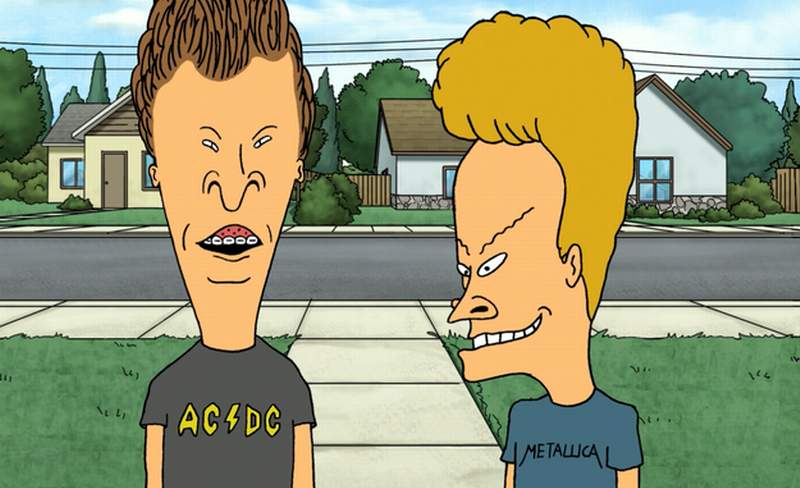 “Beavis- he was like- born to score! Heh heh heh.”

Or did he mean born to do it- like- born to be a recording artist? In which case, to say you were “born to do something” is a sign that you’re fairly confident in your ability and the path you’ve chosen, isn’t it?

This notion that we were “born to do” something- it can be a tricky one if you enjoy a number of things, and have a talent for several of them. Because which direction do you choose?

When I was younger, I felt like I had a number of options, and the older I grew the more I realised that in order to become exceptional at one thing, means you sacrifice your ability at other things. After all, Michael Jordan is remembered as a basketball star- not a baseball one…

Despite a number of options and interests, it’s Scribe that has become a living, breathing entity today. I’ve spoken previously about some key decisions I made that lead to this happening (The Night It All Lit Up To me)

I’ve also shared how my boyhood career dreams differ from where I now stand, and why I don’t feel regret over the path I chose (Discovering Your Purpose- The 5 Questions Every Young Entrepreneur Must Ask Themselves)

But then I realised, looking back, I actually had several early glimpses of my future, which is now my present. I can still recall three particular occasions this happened. Yet in each case, I never had a moment where I thought “Maybe I should go down this road a bit more?” Unlike Ace Of Base, I didn’t see the sign- not yet, anyway:

It was the 90’s, and if you’re above a certain age you might recall the TV series ‘Money‘ that was on Channel 9. I didn’t watch it, but my parents had both the books from this series and I went through a period where I would leaf through them. Sure there was a lot of stuff that didn’t interest me (like talk about superannuation or interest rates) but then there was the stuff that did take my interest- like the chapter on the value of classic cars and the explanation as to why the current basketball card craze (which I touched on here) was a false economy. There was also a section on ways to save money at the supermarket…

It explained why the most commonly purchased items are always at the back of the store in separate isles, why the best value deals are not necessarily at eye-level and how come all the magazines are located at the checkout…

I also remember a TV ad for Wonka Nerds that depicted a kid ingesting the flavour-packed candies and then playing games at Timezone and coming first on ‘Daytona 500’. Even at that impressionable age, I laughed at the suggestion that eating Nerds could increase your ability on a video game. So when a neighbour of mine (a few years younger, to be fair) made the comment one day that eating Nerds made you win ‘Daytona 500’ I tried not to laugh and I set him straight.

Then at school, my Year 6 teacher announced we were going to be studying advertising this term. With a fresh appreciation for the how’s and why’s of the subject, my ears pricked up. I don’t recall how interesting my classmates found this module, but it remains a fond memory from my last year of Primary school.

However, the best part was the assignment:

We had to create a TV advertisement for carrots, using the principles of advertising we’d learned thus far, and a select few concepts would be turned into actual video adverts. And as it turned out, my ad idea was shortlisted by our teacher. Maybe it’s because she recognised my inherent brilliance, or maybe she simply realised my advert would be easy to produce? Either way, next thing our class had been split up into groups and we were each lent camcorders to go and film our ads. So here’s what we did with mine:

First, we created a makeshift stage (from memory I think we just used a desk with another desk sitting sideways upon it for the backdrop, a piece of cardboard stuck to it saying ‘Vegetable Of The Year’.

Secondly, we got a piece of broccoli, a potato, a piece of cauliflower and a carrot. We took plastic eyes normally used for stuffed animals and stuck them into the vegetables, and used modified skewers for arms and legs.

We enjoyed an overwhelming turnout for the audition…

The premise was that the other three vegetables each took the stage and did a crap job of selling themselves (the broccoli began snoozing halfway through it’s opening line, the spud stuttered all over the place) and would get dragged off (via one of those ratchets you got from the Easter Show). Then the carrot comes on and absolutely nails it- explains the health benefits of eating carrots, straight to the point- and wins the contest.

So as you can see, it was a simple advertisement with no CGI, no wild horses galloping along isolated beaches with crashing waves, no celebrity endorsements. It was literally a carrot with eyes stuck in it, a mouth carved out of it and wooden skewers for arms and legs, selling itself on stage- and that was a wrap.

As it turned out our group (having implemented my idea and brought it to life) were then judged to have produced the best advert by my teacher and that was one of two assignments I aced in Year 6. The other was this project on bridges in which I built a suspension bridge out of balsa wood and matchsticks, and went on to be one of only two assignments in our grade (along with an old friend) that achieved top marks, but that’s another story altogether…

Act 2: The Computer Program For All Eternity

I was now in Year 9 and our religious studies teacher set our class an assignment that involved marketing of some sort. While the details of the guidelines are a bit hazy 20 years on, an old mate and I paired up and I suggested this idea of making it like a computer program. So we produced a mock-up computer program titled ‘Eternity 2000‘ (clearly a send-up of Windows 2000). We even had the program box with our logos on it, a whole bunch of installation discs painted different colours and a user manual printed out to go in the box with the discs. 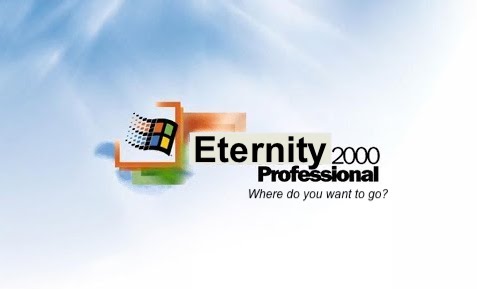 We thought we’d come up with a winner of an idea, and it seemed our teacher did as well!

He liked it so much he had us come up on stage during school assembly and interviewed us about our project as we sat there like absolute kings. We weren’t up there in front of the whole school because we’d won Triple J Unearthed or been signed by an NRL club, but the free publicity still felt cool- and again, it all started with an idea I’d spitballed…

Then in my first year out of school I was at TAFE for a year, working up my credit points to go on to uni for my degree. Our campus held a competition to design a campaign encouraging people on campus to bin their rubbish. I created a really simple logo of a standard stick figure putting their rubbish in the bin, with the slogan “When You Bin, The Environment Wins”- and despite being judged against campaigns put together by fellow arts or design students, mine was picked as the winner.

That was a nice surprise.

But still, on I went to uni for the next 4 years, getting through my degree and enjoying some classes more than others (do a semester of Reading The Visual and you’ll understand why artists give such wanky-sounding explanations for the minimalist crap they display in exhibits). Yet it hadn’t occurred to me that I might have a future in the art of writing words, stories or concepts that sell. Instead I worked away, got my Bachelor of Animation degree, wore the gown and the cap, spent a few years working retail, moved interstate twice and kept the dream alive of going into Film & TV and creating my own series…

Yet (as we now see), life had other plans. And here I am writing these words, looking back and now realising that (all things considered) maybe this is where I was meant to be all along?

So be excellent to one another, navigate your future with an open hand- and eat your veggies!

(And if you want to make sure you never miss an article like this ever again, click here)

← Look! 7 Eye-Catching Blog Images Your Readers Love To See: 5 Questions You Need To Be Asking About Your Post COVID Content Strategy... →