The 7 Toxic People Who Are Fatal To Your Success (Part 1):

Success is never a one-person game. More than just our individual accomplishments and forays, we also need the assistance of other people along the way in order to succeed. Socially or professionally, being connected with the right people brings us far more than we can achieve on our own. Think about it- how many truly memorable nights out have you enjoyed solo?

So, if you’re committed to a brighter and better future- and being more content with yourself- then these are the 7 people you need to get rid of:

“If you don’t believe in yourself, no-one else is going to do it for you”- Kobe Bryant

It doesn’t matter how talented you are, how popular you are, how much potential you have- if you’re insecure, it’s going to rob your life. It’s going to eat away at you, and your life is going to sink far below what it could’ve been. So if you don’t want this to happen to you, why surround yourself with people who let it to happen to them?

Of the 7 toxic people you can encounter, this type of person is the hardest to spot. You can’t really identify an insecure person until you get to know them, because on the surface they might have all the appearance of someone who’s successful and well-adjusted. They could be friendly and funny. It’s only later that the rot sets in…

All is good with an insecure person until they feel threatened by you in some way or another- it might be new acquaintances who risk highlighting their shortcomings, a new relationship, some form of personal success. The last thing they want is somebody they felt comfortable with doing better than them. This is when their insecurity reveals itself, manifesting in the following ways:

What makes insecure people so toxic is that rather than deal with their own dysfunctional self-image, they instead project it onto the people around them. They’d rather tear other people down than face the uncomfortable truths that come with trying to build themeslves up. That’s what makes them so cancerous.

Be especially wary if you’re seeing somebody who exhibits these traits:

In its’ darkest form, these people begin monitoring your phone/ internet activity, snooping through your stuff, spying on you, picking fights with anybody they perceive as a threat or straight-up accuse you of being unfaithful. They don’t believe they’re good enough for you- so there MUST be somebody else in the picture!

I feel sorry for insecure people but the truth is- nobody can fix their negative thinking but themselves. It’s not up to you. These people will only be happy with you as long as you’re falling short or insecure too, helping them feel comfortable with their insecurity.

Cut them adrift and let them sort their own life out. Don’t let their rot infect the harvest that lays before you.

Speaking of the harvest…

#2. People With The Poverty Spirit 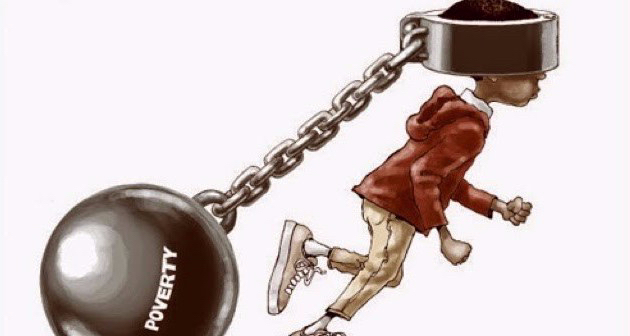 “You don’t make money with a closed fist”- Anonymous

To best understand what the poverty spirit looks like, first I should describe people who are the very opposite: You know those people who (generally) have a wider circle of friends, who’ve had their share of admirers and are fun to be around? Like you spend time with these people and it feels like the day/ night could go anywhere from here- and often does? They may seem a little crazy or irrational at times- but it’s a hell of a ride all the same! I had an old friend like this- after leaving highschool he’d worked a bunch of different jobs, moved up and down the east coast and we came back into contact 5 or 6 years later. We were out one night with another mutual friend at this bar, and my friend  is a lover of fine wine. Scanning the venue’s wine list, he asked the sommelier to bring out this 5 year old bottle to taste. Sampling some, he looked at the price- it was $90. My friend goes “Oh man- I won’t be able to pay rent next week but stuff it. Bring us three glasses!” My mate was determined to enjoy a good red with his friends out on the town that night- and so it happened. And if I recall, he didn’t get kicked out onto the street the following week either…

The poverty spirit is the opposite of this. It’s people who complain about never having enough, people who give you this feeling when you’re around them- like a constricted or ‘stuffy’ feeling. This is because they are takers and not givers. Their world doesn’t grow. How do you identify somebody like this?

What makes these people toxic is that their world doesn’t expand- and if you’re spending time with these people, it’s time wasted because nothing interesting or exciting is going to happen with these people in your company. Abundance is fresh, creative and leads to meeting new people and great memories. The poverty spirit is stale, a vibe killer and a drain on your valuable time and energy.

People with the poverty spirit are leeches. You give a lot and get very little in return. It’s time to move on and spend your valuable time with people who are making things happen- because, by proxy, those things are going to happen to you, too. 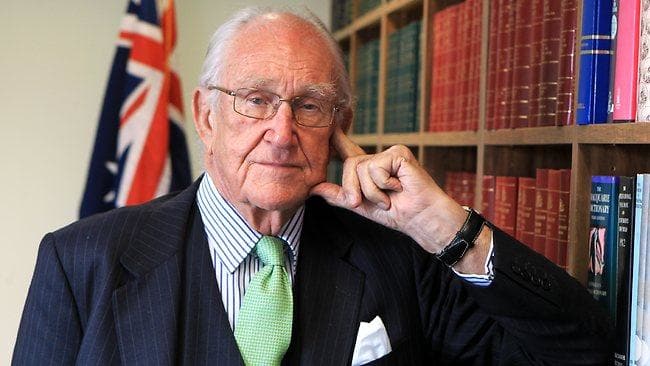 Unfortunately, we live in an age where victimhood is the new black. This headlong pursuit of “equality” (code for equality of outcome and not equality of opportunity) has created a race to the bottom in its’ wake. People with little to show in terms of personal achievement or self-awareness instead scramble to find ways (exaggerated or entirely imagined) that the world is unfair to them and apparently owes them something. It’s an easy way to get attention and to feel that they’re somebody important- but the problem with these people is that nothing is ever enough to change their mindset. If your entire identity is invested upon seeing yourself as the victim, that doesn’t suddenly change with your circumstances. You can’t outgrow your self-image. Seeing such people complain about the “privilege” of others on the internet (via their smartphones or laptops) is the definition of irony.

What makes these people fatal to success (theirs and yours) is that they don’t understand personal responsibility or accountability. Anything bad that happens is the fault of somebody else- and they’ll throw anybody under the bus to keep this narrative alive. Both of these are non-negotiable in the pursuit of success and personal fulfilment.

The victimhood mentality is a cousin of the poverty spirit- both are rooted in a mindset that the world has done these people wrong and they have played no part in their circumstances. It’s reactive instead of proactive.

Here’s how you identify professional victims:

Like those with the poverty spirit, these people are leeches- sucking time and energy out of the universe, expecting everything and giving little in return. All over the world, people have started out with a deficit- financial poverty, abusive relationships, broken homes etc- yet through agency, self-determination and a refusal to see themselves as victims, they have overcome and succeeded. Those are the people to take inspiration from. Those are the people who prove that with persistence, responsiblity and agency- anything is possible.

If you value your time, your well-being and respect, make time for those people and cut the professional victims adrift. They’ll probably ad you to the list of people who’ve done them wrong and reasons they fail but you shouldn’t lose a wink of sleep over that. Call up your abundant, responsible friends and go share a good bottle of wine instead! 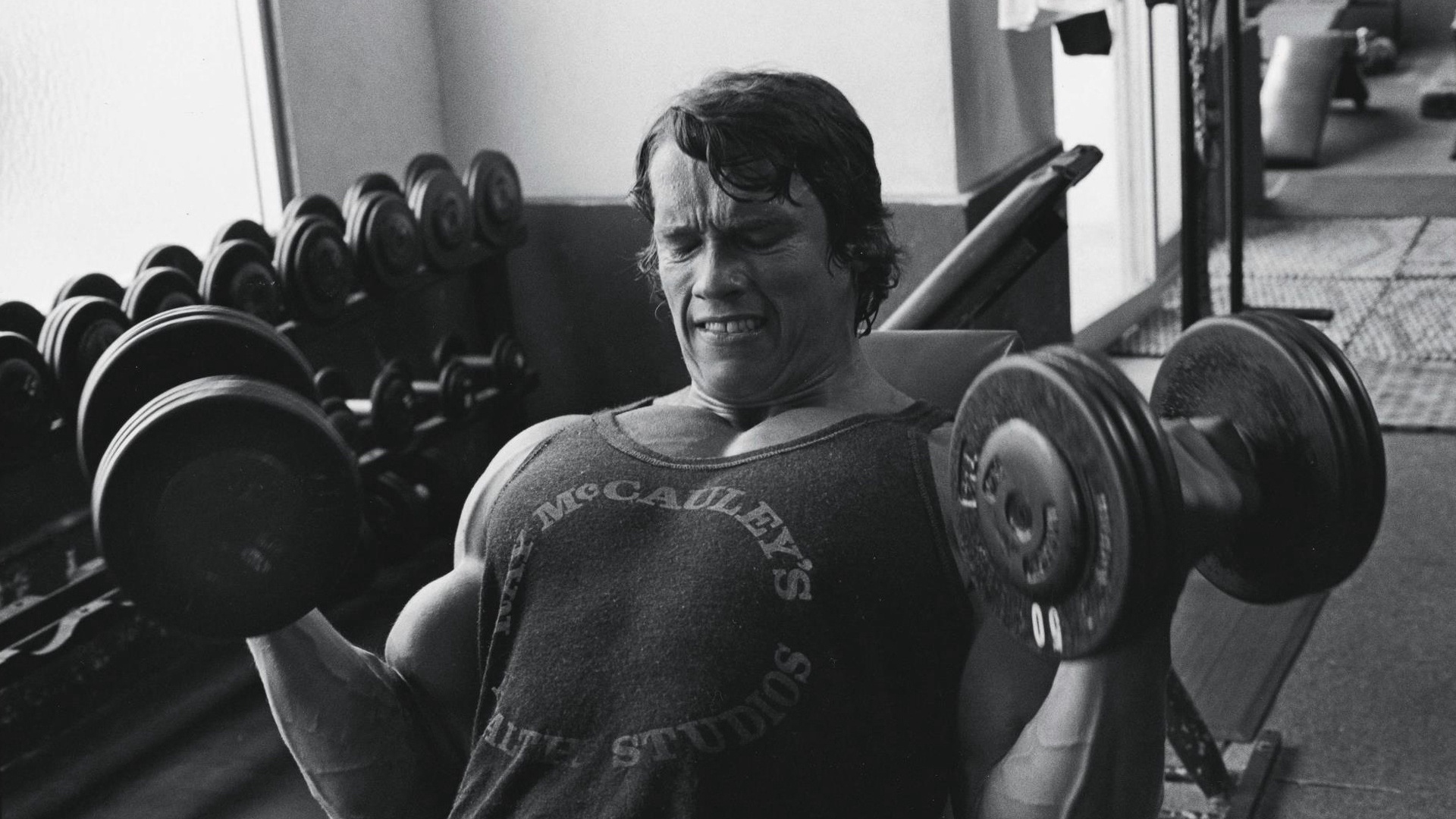 For defeatists, nothing good is possible. “Can’t” is a word they use a lot. These people take what they can get, with the belief that anything beyond that requires stuff they (you) will never have. Stuff like:

The problem with defeatists is that (as the name suggests) anything that seems too hard or challenging, they give up on. Bold ideas are impossible, so don’t bother. The danger is they wrap their defeatist attitude in logical sounding arguments, claiming they are just being “realistic”. They generally don’t beat you over the head with their “can’t do” attutide. They instill just a little bit of doubt. “Are you sure?” or “You really reckon you can do it?” they ask with a look and tone of doubt. You want to ride the rollercoaster but they insist it’s too dangerous and are happy on the merry-go-round.

They sound like the voice of reason, but the cold fact is their voice is the one of defeat. Their “logical” criticism is weed killer on the seeds of future success. They are the voice of death.

Defeatists are the first to tell you to quit. They dampen your desire. They exterminate enthusiasm. They pull you down, drain your energy and quite frankly? They are people you can do without. So get rid of them, leave their “can’t do” attitude in the rear-vision mirror. Because like insecure people, their worst fear is that you’ll succeed and prove them wrong. Their key motivator is self-preservation, cowardice. You don’t want cowards in your midst.

I’ll leave you with these 4 for now- there’s a lot to take in and maybe some real soul-searching to do and some uncomfortable conversations that need to be had. But the short-term discomfort and pain from cutting certain people adrift (or letting them fade into the distance) is far outweighed by what you gain as a result- believe me!

← 3 Ways To Sharpen Your Writing Game The 7 Toxic People Who Are Fatal To Your Success (Part 2): →