Early last year, I was watching Youtube when an ad came on that was unlike the other 99% of ads I see before a video. Because this one, I watched right to the end. It was a preview for an upcoming series on the new subscriber-only channel, YouTube Red. The name of this series?

If you’re like me, you loved the original Karate Kid movies, watching Daniel (played by Ralph Macchio) take on various bullies and bad guys under the guidance of the wise and distinguished Mr Miyagi (played by the late Pat Morita). Well here, 34 years after the original movie hit cinemas, was the follow-up series. All the same actors and the same characters- but grown up. What’d happened to Daniel since then? What had become of Johnny, for that matter? This new series aimed to reveal all- and show that the story wasn’t over. I knew straight away I had to get myself a free one-month subscription to Youtube Red and check it out for myself. So I did- and hoped that this series would do it justice…

You bet it did!

I enjoyed season 1 so much I watched all 10 episodes in about 3 days- and by the following week I’d watched them all back again! If you enjoyed the original Karate Kid trilogy, then I can’t recommend you check out Cobra Kai highly enough. They’ve taken the characters from the original, and put them in a modern day scenario that does perfect justice to the theme of the original movies. They haven’t missed a beat. Cobra Kai is now onto its’ second season- so check out season 1 before somebody spoils season 2 for you and do yourself a favour.

Now, why am I raving about this series?

I don’t want to spoil it, but there was one thing that stayed with me after watching it. It was a motto the Cobra Kai students lived by, printed on the wall of their dojo in bold, black letters- and in the original movie it earned their dojo a bad reputation. But the more I dwelled upon it, the more it occurred to me:

The motto itself wasn’t teaching bad values. It was how certain students interpreted the motto that had made it a destructive force. The motto itself is actually killer- and in just 6 words, is one that could have a huge flow-on effect to the results you see in your life, if you look at it the right way. So what is this motto?

Let’s break it down one-by-one, shall we? 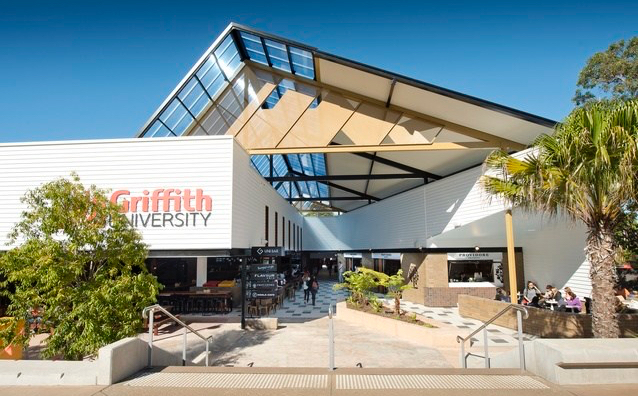 Growing up, I thought this was effectively giving licence to be a bully. But what it’s really encouraging is to take action. Let me give you an example of how failing to ‘Strike First’ can cost you, and take you back to when I’m 20 years old. I’m on the Gold Coast for a few days so I can move the remaining stuff out of my flat in the student complex to a friends’ place for the summer. In addition, I have a group interview to attend at the Griffith Campus, for a course I may enrol in if I don’t get into my first choice for next year. It’s a Creative Writing course, and the interview takes place in a small classroom on campus. There’s the curators, a few girls and myself. Of the potential students, I’m the only guy there. But there’s one girl sitting just near me, and while I’ve forgotten her name, I still remember her. She’s 19 and from Childers. Porcelain skin, longish raven hair, dark eyes. Definitely pretty, with a nice manner about her. The interview finishes and now I face the prospect of having to walk half an hour back to the student flats. I get talking to this girl, she mentions that her mum is coming by soon to pick her up, and I can get a lift with them if I want?

Soon enough, her mum’s beige Toyota Camry pulls into the carpark, and I hop into the back seat. It’s a fairly short drive to my place from the campus, so I don’t get the chance to chat at length with either of them, although her mother seems like a nice lady. Then we pull up out of the front of the student apartments there in Brown Street, and as I hop out this girl says “Hopefully see you next year!” I don’t recall what I said in reply, but fact is that more than anything, I hoped to get into my first choice course- which was in Brisbane. Anyway I thank her mum for the lift, say goodbye and then go through to my flat, where I spend the rest of the afternoon clearing out the last of my stuff before sleeping there one last night in my (now empty) room…

The following morning I head out somewhere on foot (I don’t remember where)- and at one point as I walk through the neighbourhood, I see a girl coming towards me along the street. I glance at her momentarily, like you do when you’re not sure if you know the person or not- is it that girl from yesterday or does she just look a bit like her? I don’t want to stare, so we pass each other like strangers. But after walking another 5 metres or so, I glance over my shoulder to get another look. As I do, she swings her head back around to the front- she’d been checking me out, too.

I’d like to say I called out to her, or that I high-tailed back after her to say hi, see what she was up to and did she want to hang out for a bit and maybe exchange numbers?

But I thought the moment was gone, and I was too proud to call out to her or have her think I chased after her like a dog- so I kept on walking…

About 5 minutes later, that sinking feeling of regret began to seep in. I was kicking myself for a while afterwards, because she was nice. You know how you can just tell with some people? Oh well…I hope whatever she’s doing now all these years later, life turned out for her in a good way and she’s content.

But you can put away the violins- because what’s the lesson here?

Sure, it pays to do your research and evaluate a situation before you leap in if there’s a notable sum of money, time or energy to commit. But otherwise- don’t hesitate. Be bold. Take action. Don’t miss out, or cede a limited opportunity to somebody else.

This is what it means to ‘Strike First’.

“He was never a brilliant kart driver- very good but not as a young man so good that you’d say he would become a Formula 1 driver.”

These were the words of a German sprint kart-racing official, in regards to a young driver who raced at his club. But even if he didn’t blow everybody away as a youth, that didn’t stop Michael Schumacher from setting new records in his illustrious Formula 1 career- most drivers’ world titles, most race wins- records that still stand, more than a decade after the last of his 91 Grand Prix victories.

While Schumacher was quick, throughout his career drivers like Ayrton Senna, Mika Hakkinen and Juan Pablo Montoya were considered to be faster. While he was a driver not afraid of a high-speed tussle with a competitor, on several notable occasions he was rattled under pressure and attempted a desperate manouver, coming off second best and even being disqualified from the race as a result:

But what made Schumacher such a formidable opponent for over a decade (amongst a number of factors), was his ability to make sound, calculated decisions. He would always be trying to out-think the other drivers, strategising any possible way he could gain one small advantage that would make all the difference between winning and losing. Former F1 team manager Trevor Foster went into further detail about this mentality:

“We’ve seen awesome drives from Michael in the wet. He’s got both cars sitting in the pitlane. Nobody knows what the weather is going to do, so he has one car on a full wet setting, while the other car is on a dry trim. He goes out and does a lap in one car, comes in, and does a lap in the other car. Then he stands there looking, and just two minutes before the pitlane opens, calm as you like, he says ‘Okay, it’s going to rain- I’ll take that car'”.

I still remember some years back, going to a Christmas warehouse with an old flatmate to pick out some decorative lights to put in our windows for the festive season. I took my time looking around the aisles at the different lights that were in the size and the budget I had. I went back and forth a few times, evaluating them all. Then, mind made up I turned to my flatmate, pointed at the two sets of lights I’d decided on and said “I’ll take that one and that one”. This woman looked over at me, smiled and said “Mmm, I like it when a man knows what he wants!” 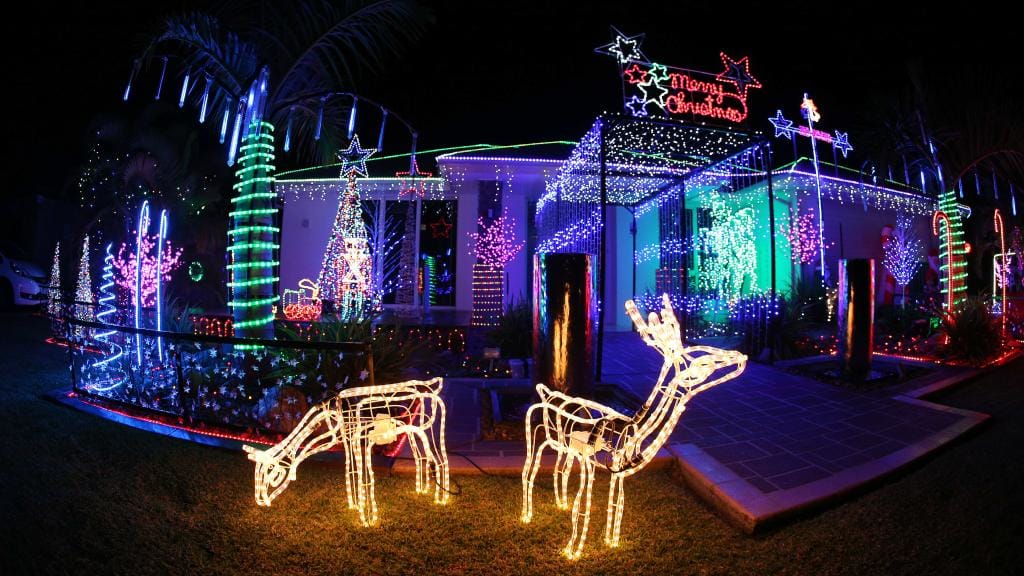 “Most of us are timid. We want to avoid tension and conflict and we want to be liked by all. We may contemplate a bold action but we rarely bring it to life. We are terrified of the consequences, of what others might think of us, of the hostility we will stir up if we dare go beyond our usual place.”

Once you decide to act- go all in. Don’t do it half-hearted and don’t hesitate. People are attracted to decisiveness, boldness. You’ve made your decision so unless a red flag pops up and means you have to abort, commit yourself to it. You may fail, but that’s something you can think about after it happens- even if it does happen. You’ll earn a reputation as someone who can lead, someone who makes decisions- and sticks by them- giving your best chance at achieving the outcome you desire and also making you an attractive player.

The wrong decision is still better than no decision.

Of the 3, this one is the most controversial. It can be seen as permission to be needlessly ruthless, even cruel. But it should be looked at as a follow on from #2: once you strike hard, seek to finish what you start, without ceding. See your plan through to the end, and don’t allow adversity or complacency to get the better of you. Those are things you should show no mercy towards. Coincidentally, after Chapter 28 on Boldness in ‘The 48 Laws Of Power’, Chapter 29 follows and discusses seeing your plans all the way through until the end with the right motivations:

“So much of power is not what you do but what you do not do—the rash and foolish actions that you refrain from before they get you into trouble. Plan in detail before you act—do not let vague plans lead you into trouble. Will this have unintended consequences? Will I stir up new enemies? Will someone else take advantage of my labors? Unhappy endings are much more common than happy ones—do not be swayed by the happy ending in your mind.”

While these three steps may sound like the unofficial bad guys’ code, when applied in the right manner, they can be acted upon to ensure you’re a do-er as opposed to simply being a dreamer- and should you follow them until the conclusion of your plans, you will come to be regarded as an outcome achiever and develop one of the best habits you can pick up: The habit of success.

← Before Every Blog Article You Write, Stop And Ask Yourself THIS: Why There's Hidden Treasure In Those Trashy Headlines... →