Discovering Your True Purpose (The 5 Questions Every Young Entrepreneur Must Ask Themselves):

“There are only two tragedies in life: one is not getting what one wants, and the other is getting it”– Oscar Wilde

If you’ve been reading here for a while now, you’ll know that when I was a kid, I wanted to become an F1 driver when I grew up. I talked about it here: No More Excuses! It’s Time To Make Your Shot NOW…

I imagined how awesome the future would be when (instead of having to waste my time with school or boring homework), I’d be paid paid mega bucks to race Formula 1 cars and win races, win Championships, be one of Australia’s top sportspeople and widely considered one of the all-time greatest F1 drivers. Maybe the best of all time?

That was the dream… 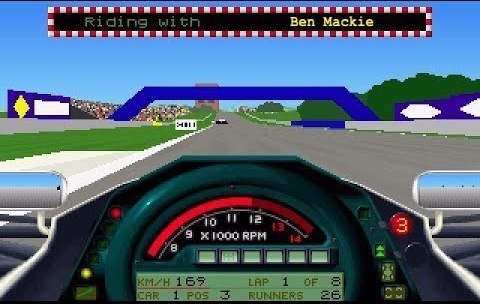 But more than just a boyhood dream, I thought it was my destiny:

Because whenever I raced people in karts that were (virtually) equal, I’d beat everybody- including adults who’d been driving cars since before I was even born.

One kart might have a loose brake pedal, another could have slower pick-up from acceleration or stiffer steering, but I never felt uncomfortable behind the wheel. I could quickly adjust for these differences and drive consistently fast laps

Strangers would see me race and comment on my speed (like the guy who told Mum I had “the gift”), and even if she’d made that bit up to make me feel good, there were other people I’d race against who’d later comment on how I’d flown past them and ask me for driving tips?

Then, on a spookier level still-

There was the latest issue of National Geographic Mum had bought when I was born, to keep as a memento. On the back cover was an ad for Olympus Cameras. It just so happened that they also sponsored the Lotus Formula 1 team at the time, so the ad featured a big picture of the Lotus F1 car at speed- driven by Ayrton Senna. To my knowledge, that month/ year issue was the only issue of National Geographic to ever feature this ad…

Surely it was all meant to be? 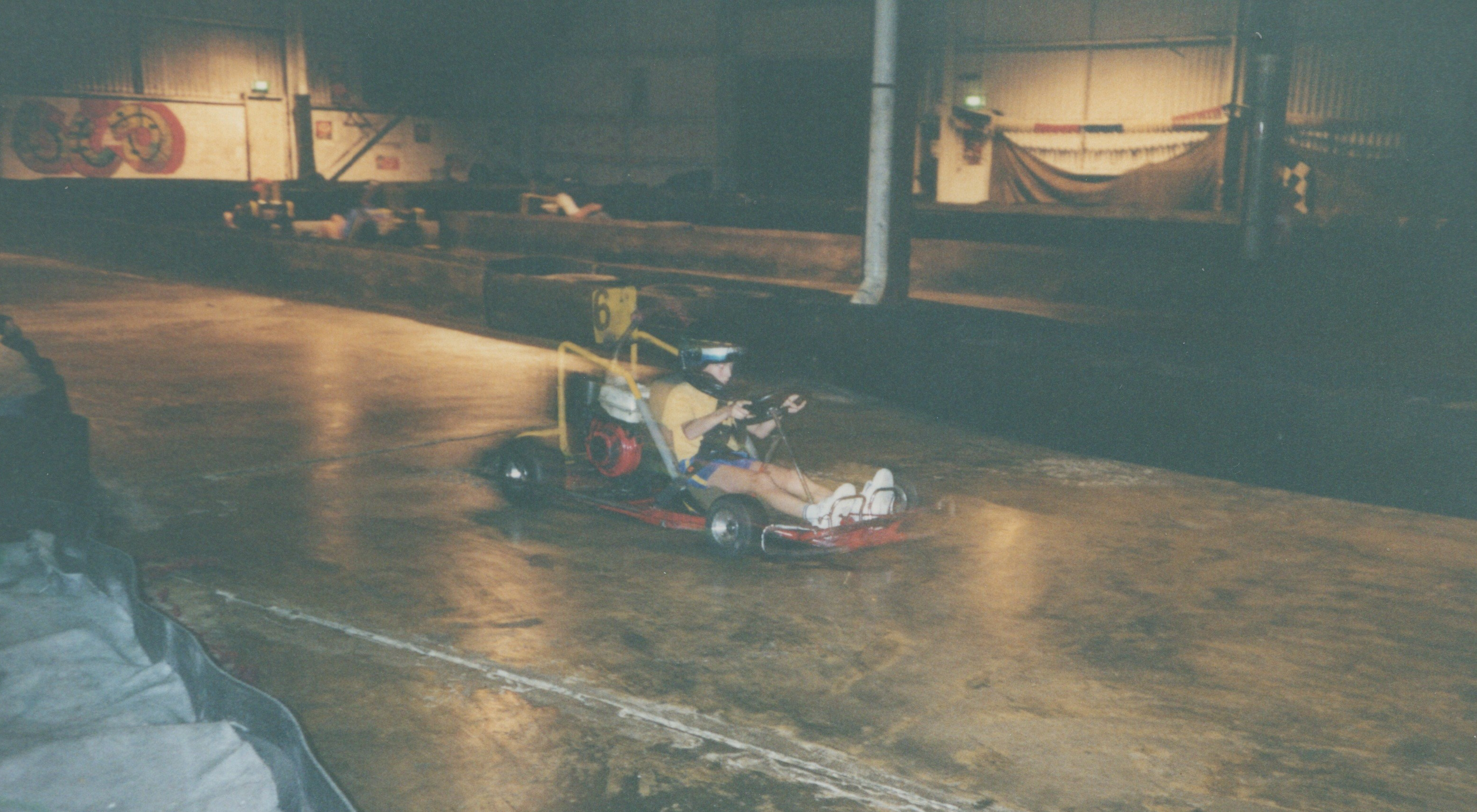 But then I went through my teens. Didn’t have the money to race competitively at the level I wanted and so originally planned to take a couple of years off, save money and then have a new crack at it. Then I decided instead to pursue cartooning (something else I enjoyed and was good at) and pursue racing later. Then life turned out how it did, and still I’d never even heard of copywriting!

Meanwhile, on the other side of the world was a guy the same age as me, who also dreamt of becoming an F1 Champion. Who also raced go-karts, just like I did. Who also had people take notice, like people did with me.

The name of that boy was Lewis Hamilton.

Skip forward to just recently and I read an article about Australian F1 driver, our own Daniel Ricciardo, that made me sit up and take notice:

It was what he said about Lewis Hamilton- the reigning Formula 1 World Champion, the instantly recognisable celebrity sportsman who’s just as much at home with Hollywood A-listers and rock stars as he is on the race track, winning another Grand Prix behind the wheel of his all-conquering Mercedes.

And yet despite all this, Ricciardo had the following to say:

“(Lewis) reached a high level at a young age, and there is the fame that comes with that. He was exposed to the celebrity lifestyle and naturally that can have an effect.

I read this and got a kind of surreal feeling. Why was that?

Like I said, I am the same age as Lewis Hamilton, so his career in some ways is like seeing an alternate universe where that boyhood dream of mine actually became reality.

Two boys growing up with the same dream. For one, it came true. For the other, it didn’t.

He’s won everything there is to win in Grand Prix racing, with a few records left to beat, financially well and truly banking it for life doing something he always wanted to do- all well before the age of 40. And yet he wonders about his purpose?

Meanwhile here I am, doing something I never gave a second of thought to back when I was at that tender Primary school age. If you’d told me back then, as a 12 year old, that I’d never even make the grid (let alone win a race or a Championship) I’d have felt completely worthless. Yet if Will Smith’s genie popped out of the lantern right now and said he could make that dream come true for me?

Obviously I can’t say with absolute certainty I wouldn’t take him up on it. Yet when I think about it…

Well sure, racing the cars would be fun, and it’d be cool to have my name go into the history books as representing Australia on the F1 circuits. If I got paid it’d be handy to have that kind money put away too for the business…but I’d wonder what about Scribe in the meantime?

To turn my focus away from this business I started from scratch, that I’ve kept building and growing, that’s taught me so much about myself I didn’t expect when I went in- to leave all that behind to go and race?

I don’t know if I could walk away… 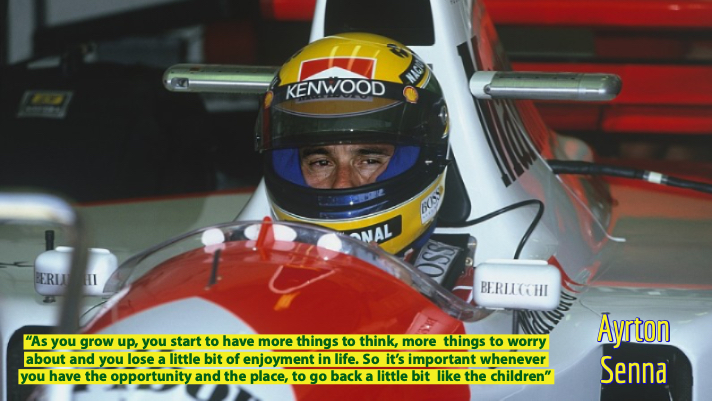 I’d hear the above quote as a kid and find it baffling. How could you think that when you were living the dream I wanted to live? How could you miss having to be in school and do whatever boring exercises the teachers gave you, then go home and live by the unfair rules of your parents?

But then, as you know- you get older. And you realise:

It doesn’t matter what life you lead, how successful you become at it, how much money you make or what sort of people you meet- there’s always going to be problems and frustrations that are unique to what you do. So what do you choose?

There were problems when I had my paper route back in high school that I never have to worry about now. There are problems to deal with in this current role that I barely considered when I was delivering those papers or working in retail a decade ago. But I’m definitely glad I don’t have to endure another festive season hearing the same 15 Christmas carols at work day after day, week after week and I’m sure you can think of instances like this with jobs you’ve worked as well!

But in order for those problems and frustrations to be worth it, there has to be a purpose behind what we do. We’ve got to believe in it. It has to answer some need or desire in us that goes beyond stuff we can show off to our friends or post on Instagram. There have to be valuable lessons we learn along the way, and (no matter how unexpected) they should reflect positively on more than just on our ability to do a job well or to get paid for it. They should manifest in the quality of our lives as a whole and how content we are…

For some of you, maybe as we wind down this year and this decade, it’s time to have a think about what you want the next 10 years to look like? Maybe it’s time to do something incredibly selfish and take some time out just to focus on you?

This may be the best time to think about your job, your craft, your skill, your mission- and ask yourself these 5 big questions:

#1. What needs does it fulfil, beyond just paying bills?

#2. When you stop to think about it, does the money you make/ the holidays you take feel more like a bonus on top of your job, or compensation for your job?

#3. If this was always your dream job growing up- why was that? When you work out the underlying reason (or reasons), are they still relevant now?

#4. If you’re not quite “there” yet, what defines “there”, and what are the real reasons you want to be “there”?

#5. Understanding that no matter what you do brings problems and frustrations, do you really get something valuable out of doing whatever it is you do? Again- are the perks of the job a bonus, or compensation?

Taking the time out to truthfully answer these questions might feel uncomfortable and even confronting, but it could just save your life- figuratively now, and literally further down the track.

I can’t speak for Lewis, can’t give him the answer he maybe needs? Perhaps winning yet another World Championship has revealed to him that purpose he seeks? Or maybe he’s still searching for it?

I imagine if my dream had come true, and I was a top F1 driver. For all the perks of that- I’m not so sure I’d be truly content? It was my boyhood dream, but looking back now I can see the underlying reasons I wanted it, beyond simply enjoying that feeling of driving fast and racing against other people-

I wanted the recognition.

I wanted the respect.

I wanted to feel as if I’d done better than my peers.

I wanted to know that I hadn’t settled for mediocrity, surrendered to the comfort of working an “ordinary” job.

I wanted the prestige and the success to rid me of the insecurities I discovered when I was 12 or 13, and reassure me that I was a “somebody” who amounted to something worthwhile… 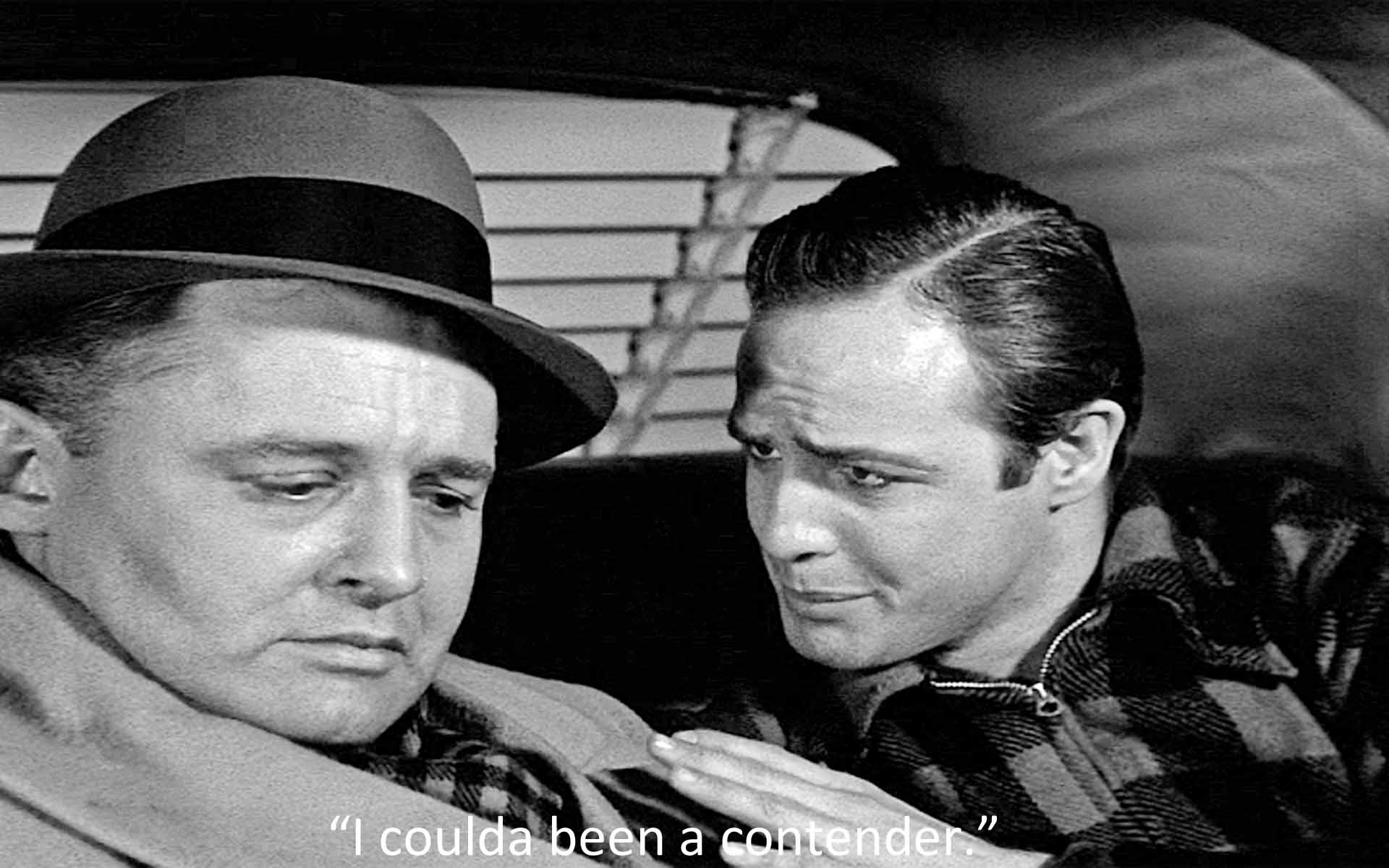 Maybe I could’ve been a multiple Formula 1 World Champion and a popular Australian sports identity, followed by millions around the world?

Yet it still couldn’t have given me what I was looking for. I could’ve spent years- decades- chasing that rainbow’s end- but never reaching it. Then realise I’d sacrificed so much time and effort in so many areas- only to discover the rainbows’ end was an illusion.

And for me, that would’ve been the second one of life’s two great tragedies.

Because to find all those things I was really searching for, I had to look within. Eventually, I found it…

So here I am now, sitting on my bed and it’s nearly 1am on Tuesday morning and I can’t drag myself away yet even though I want to sleep, because I just have to get this out and finish it.

But I’m perfectly content to do so. My purpose has (in many ways) been further realised by this entrepreneurial journey- yet I know there’s still more to be discovered on the road ahead…

So I’m going to keep pressing on. And whatever path you take- whether you reevaluate the one you’re on and recognise it’s where you want to be headed- or whether you have to back-track or abandon the mission, it doesn’t matter-

Just so long as you can recognise chasing a rainbows’ end vs. aiming for a solid, concrete purpose- and go headlong for the latter, regardless of what anybody thinks or what your younger self thought was your dream or what your parents expected you to do- instead recognising your purpose and setting off in pursuit of that-

Because that’s the greatest reward of all.

← These 34 Articles MIGHT Just Transform Your Business- And Your Life... After 7 Years In Business, These Are The 7 Books I Recommend Most Highly: →